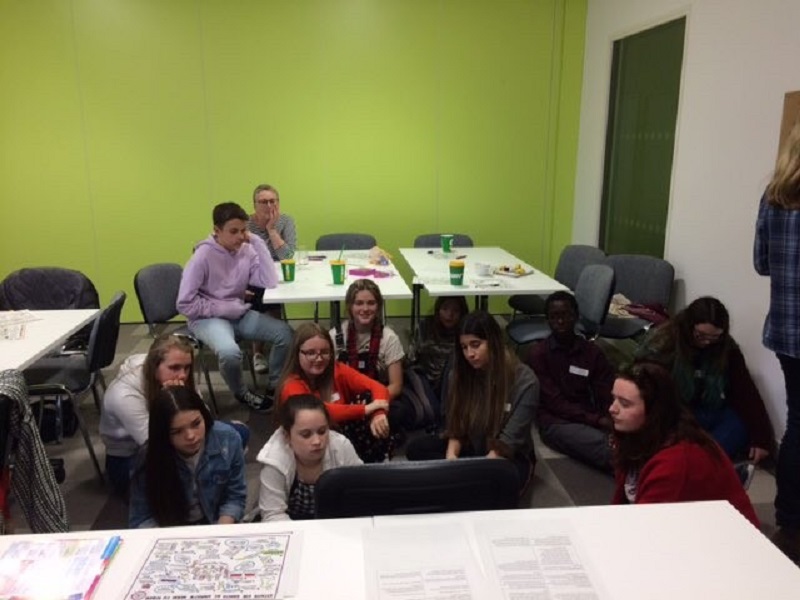 On the 6th October , the South Wales advisory panel had their final meeting for 2018 at the Cardiff and Vale college, amongst the advisors , staff from Child Com hosted the event (Kath and Sarah) and Margaret from the adults advisory panel was also an attendee.

This is an image of the current S. Wales Advisory Panel.

The aim of the meeting was:

The meeting started off with a brief “get to know each other” game which consisted of us naming our favourite hobby, band and film on a note for the other member to guess -this was also accompanied with croissants and muffins.

Afterwards we discussed the roles and responsibility and with former chair and vice chair Eve and Cameron respectively giving the advisors an insight into the role of chair. Being chair means you attend the adult advisory panel, to lead discussions in meetings. There was also a slight reform regarding the term of chair-now the term of chair only lasts 1 year. In order to be Chair you had to

give a 2 minute speech about why you want to be chair. 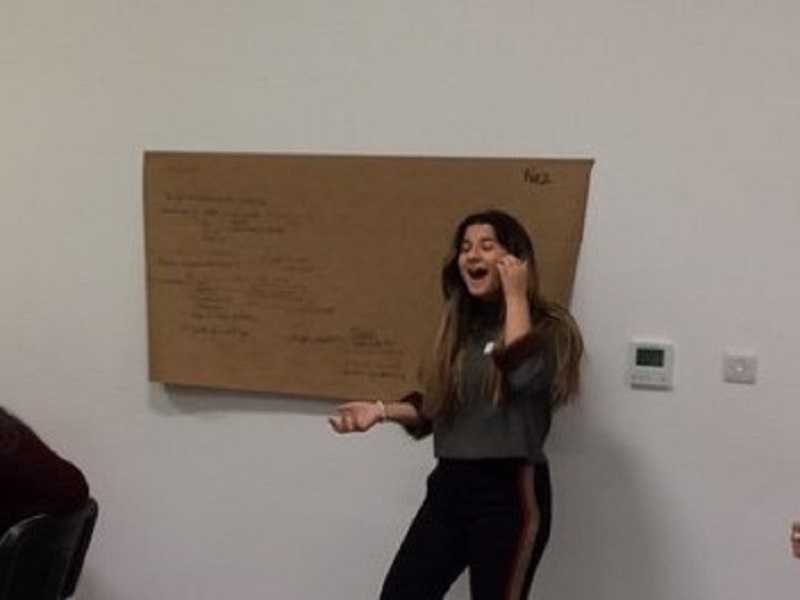 Eventually, after four candidates, the group voted and Naz was elected Chair of the panel and Amy as Vice chair they both hope to continue Cameron’s & Eves amazing work.

This is an image of Naz giving her speech.

Shortly after we had lunch at Subway, we played a game that former vice-chair Cameron invented where the objective of the game was to name a children’s right to proceed in the game. Than we had a Beth Nawr (what now) update and we gathered our views on next years work plan. We collectively came with a variety of ideas for next year’s focus such as anti-bullying, welcome refugees, tackling poverty, mental health, LGBT rights and skills for life.

Finally, to end the eventful meeting we had a hot seat with Sally Holland via Skype with the North Wales Panel. During the Skype talk, the N. Wales and S. Wales panels introduced each other and discussed what we had done during the day.